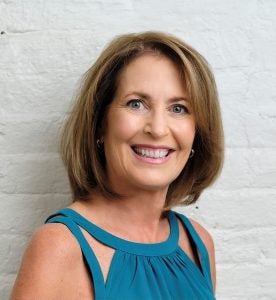 President, Eos Foundation
Andrea Silbert joined the Eos Foundation as its first president in 2007. Eos is a private foundation making charitable investments in efforts to fight hunger and poverty and address structural barriers to gender and racial equity. Prior to Eos, Silbert was a candidate for Lieutenant Governor of Massachusetts, campaigning on a platform of job creation, economic development, and economic justice. In 1995, Silbert founded and served as the first CEO of the Center for Women & Enterprise, one of the nation’s largest nonprofit entrepreneurial training centers. CWE has served tens of thousands of entrepreneurs ranging from owners of small home-based businesses to the founders of fast-growth technology companies such as Zipcar and iRobot.

Silbert began her career as a financial analyst with Morgan Stanley in New York. She left Wall Street for Latin America, working in grassroots economic development in Costa Rica, Columbia, and Brazil. During her time abroad, Silbert worked for Women’s World Banking, an international network of microloan funds, and was named an Echoing Green Fellow for her work with Brazilian street girls. Silbert also worked as economic development director for Nuestra Comunidad Development Corporation in inner-city Boston.

Nationally, Silbert served as the founding Board Chair for the Association of Women’s Business Centers, meeting with Congressional leaders to promote legislation to assist women-owned small businesses. In 2000, she was appointed to the National Women’s Business Council, which provides advice to Congress and the President on issues of concern to women entrepreneurs, particularly around access to capital and government procurement. Silbert was a co-founder of Springboard Enterprises, a national organization which has helped fast-growth women entrepreneurs raise over $2 billion in angel financing and venture capital.

A nationally recognized advocate in the area of economic empowerment, Silbert was selected by Working Woman magazine – alongside Senator Barbara Mikulski and Gloria Steinem – as one of only 25 leaders in the past 25 years who “have given women in the workplace a better shot.”

Silbert serves as Vice Chair of the boards for the Alliance for Business Leadership and the Harwich Conservation Trust, and on the Outreach Committee for ADL New England. She is a graduate of Harvard University, where she earned an MBA, a Master of Public Administration, and a BA in Economics. She lives in Harwich, Massachusetts.