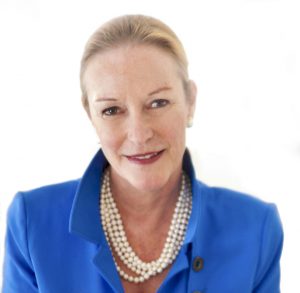 Jennet Robinson Alterman is a native of Charleston, S.C. and has been involved in women’s rights advocacy across the state for the last three decades. She has worked in federal and state government as well as the private and nonprofit sectors.

She had a long career in international development serving as a Peace Corps Volunteer in Afghanistan, Peace Corps Country Director in Swaziland, and the Interagency Coordinator for Peace Corps Worldwide where she worked on projects in over 40 countries.

Upon her return to Charleston, she led the Center for Women from 2001 until 2013. During her time there, the Center was recognized by Oprah Winfrey for programming excellence.

In 2013, Alterman chaired the task force that ultimately created the Women’s Rights and Empowerment Network (WREN). WREN has grown to become the largest and most comprehensive movement to advance the health, economic well-being, and rights of South Carolina’s women, girls, and their families.

Jennet has served on numerous boards and commissions including the Charleston Metro Chamber of Commerce, Charleston County Housing Authority, Footlight Players, and the Spaulding Paolozzi Foundation.  She is currently the Chair of the City of Charleston Commission on Women.

She was awarded a Ph.D. in Humane Letters from the College of Charleston. Jennet is married to noted photographer Jack Alterman.