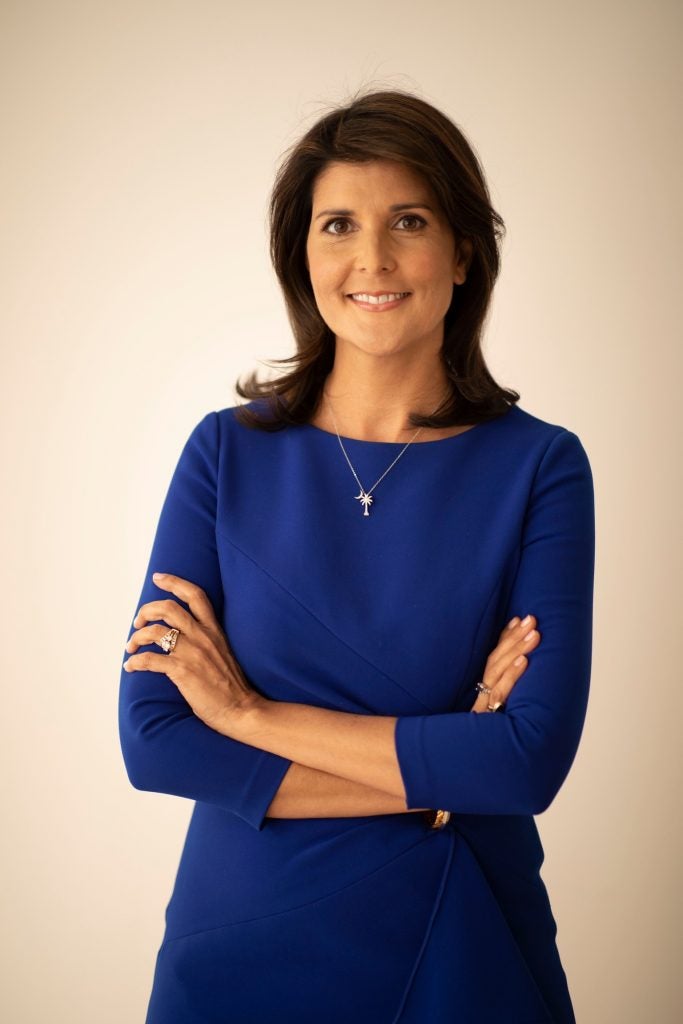 Nikki R. Haley is the former United States Permanent Representative to the United Nations. She served as a member of President Donald Trump’s Cabinet and the National Security Council.

At the United Nations, Ambassador Haley ensured the American people saw value for their investment, introducing reforms that made the organization more efficient, transparent and accountable. In a two-year period, she negotiated more than $1.3 billion in savings, including rightsizing UN peacekeeping missions to make them more effective and targeted while improving their ability to protect civilians.

As UN Ambassador Haley championed human rights. She challenged human rights violators across the globe, standing up to oppressive regimes in Iran, Syria, Venezuela, Cuba, and Russia. During the U.S presidency of the UN Security Council, she hosted the first-ever session devoted solely to promoting human rights. She traveled the world visiting people oppressed by their own governments to see firsthand the challenges they face and to work with them directly on life-improving solutions—from Syrian refugees in Jordan and Turkey, to internally displaced people in the Democratic Republic of the Congo and South Sudan, to Venezuelan migrants walking miles every day to cross the Colombian border for food and medicine.

Under Governor Haley’s leadership, South Carolina was a national leader in economic development. Known as the “Beast of the Southeast,” South Carolina’s unemployment rate hit a 15-year low, it saw over $20 billion in new capital investment, and her administration announced new jobs in every county in the state, more than 85,000 in total. Governor Haley also ushered in the state’s largest education reform in decades — making education funding more equitable for schools in the state’s poorest communities, prioritizing reading in early grades, and equipping classrooms with the latest technology.

Born in Bamberg, South Carolina, she is the daughter of Indian immigrants and a proud graduate of Clemson University. Ambassador Haley and her husband, Michael, a combat veteran who deployed to Afghanistan’s Helmand Province, have two children, Rena, 21, and Nalin, 18.